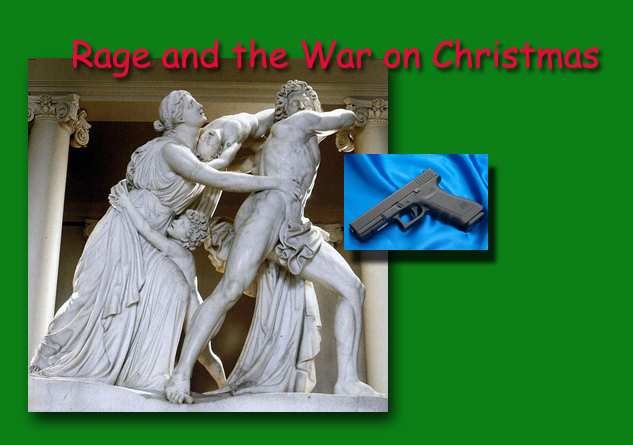 That’s because Walt Herring was a short-fused misanthrope with a nose for news and a talent for writing tabloid headlines. In other words, a natural-born editor.

Walt is gone now, but I think of him often. I joined the Pottstown, Pa. Mercury writing staff in the early nineties after 20 years as a denominational apologist. I was used to enduring annual performance evaluations that meticulous supervisors took hours to complete.

Walt’s appraisals were instantaneous and to the point. “Your lead sucks,” he told me once, scanning my developing story on his computer screen. You didn’t have to wait a year to find out what Walt thought.

One cold dark evening just before Christmas, one of the copy editors reported for the midnight shift. He was visibly shaken. “I was at a red light on Hanover Street,” Jim explained. “I didn’t move soon enough when the light turned green and the guy behind me starts blaring his horn at me.” Jim, passive-aggressive like many journalists, responded by inching forward and then stopping his car. The driver of the car behind him revved his engine violently, screeched his tires, and swung around in front of Jim’s car.

The angry man jumped out of his car and approached Jim’s side window, screaming obscenities. Jim stared at the ranting man until he got back in his car and careened through the light, which had turned red again.

Jim smiled wanly as he told his story to Walt. “Aw,” he said dismissively. “He was just a dick.”

Walt, who never buried his lead, offered words of wisdom that have crossed my mind many times over the years.

This year the holiday season appears to be particularly stressful for many people. Port Chester is a normally serene village but en route to local shopping plazas, isolated episodes of road bother have been escalating to road exasperation and – if the traffic is heavy enough – climaxing in road rage. The delicately tooting horns of compact cars challenge fog-horned rigs until a cacophony of raucous vehicles clog the entrance to the mall.

Sometimes when I’m too slow to respond to a green arrow, the blaring is aimed at me. This, I realize, is the real war on Christmas. How do I respond to such impersonal threats? Utter scatological oaths beneath my breath? Raise my middle finger damningly through my moon roof? Or – and I’ve discovered this makes vehicular adversaries blind with rage – make a sign of the cross as if to say, bless you, you trivial miscreant?

Any of those responses would be fulfilling in a passive-aggressive way, but I remember Walt’s pertinent observation. Those infuriating horn blowers and lane stealers may be dicks. But they may be dicks with guns.

If that was true in 1993, how much truer must it be today? Throughout most of 2016, when the Yahootude was expecting President Hillary Clinton to come after their guns, gun sales soared. (See my essay on this social subgroup of which I am a member.) It’s frightening to think how many more dicks must have guns now.

Moreover, the fact that Donald Trump (#NotMyPresident) won an unpredicted electoral college victory makes the situation even more unnerving. Suddenly millions of DWG’s (Dicks with Guns) feel they have been entitled by Trump’s victory to lash out against the “other” – persons other than themselves. Reports of hate crimes and threats against persons of color, Muslims, LBJTQ persons and more “others” have risen dramatically in New York and elsewhere.

The possibility is frightening that this aggressiveness might spill over into streets clogged with the vehicles of holiday shoppers. What to do? My advice, for what it is worth, is to remember Walt’s maxim that the D blowing his horn at you may be a DWG and stay cool. Chances are fairly high that the anger is not aimed at you personally (unless, of course, your bumper still declares that “Love Trumps Hate.”)

I’d also suggest that before you head for the mall, you take a deep breath and try to remember the reason for the season. Christmas celebrates the coming into the world of the Prince of Peace. Jesus’ message was peace, love, and caring for your neighbor, no matter how “other” your neighbor is. (Jesus even loves DWG’s, which is why they call him Wonderful Counselor, Mighty God, Everlasting Father, Prince of Peace, and all that, because He doeth stuff we cannot.) If Jesus wept over Jerusalem, he certainly weeps over angry snarls of shoppers competing angrily – and occasionally violently – to get to the head of the Christmas shopping line.

So my Yahootoodinal advice is: remember why you are shopping, and for Who.

But if you don’t have the emotional or physical strength to carry such faith into your car or into malls, my final sage advice is this:

Shop on the Internet. And make sure your computer is in a secure room where the only DWG present may be yourself.