Nana Was a Neanderthal

Not enough is known about Neanderthals except we are related to them. Somewhere 40,000 years ago there was a Neanderthal nana who passed on the two to three percent Neanderthal genes you have in your genome.

Herewith is a meticulously researched and carefully drawn guide to Neanderthals, based on a single course in anthropology I took in college and on the fact that I was labeled a science major in high school (unless the Yearbook editor was messing with me). 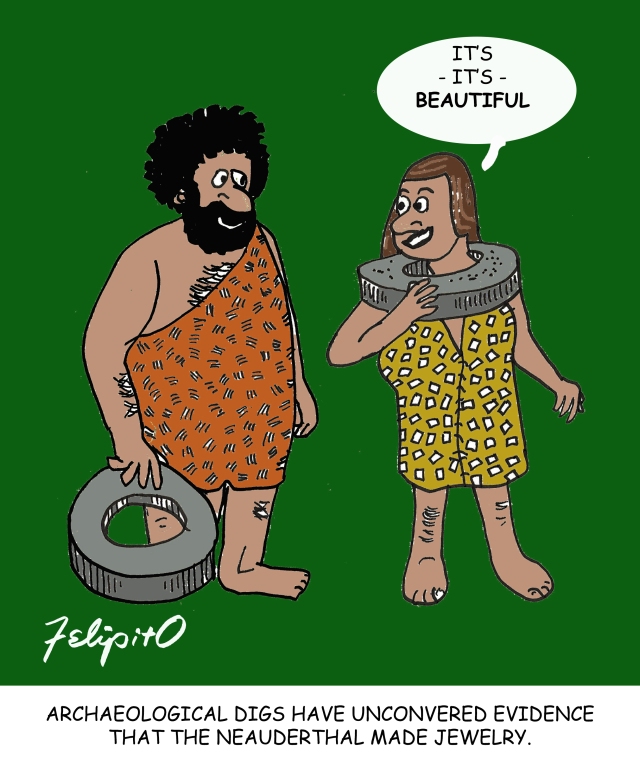 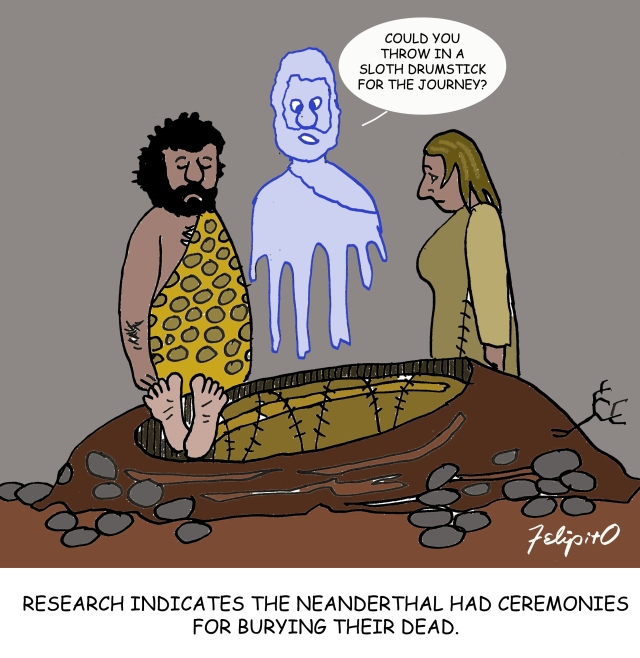 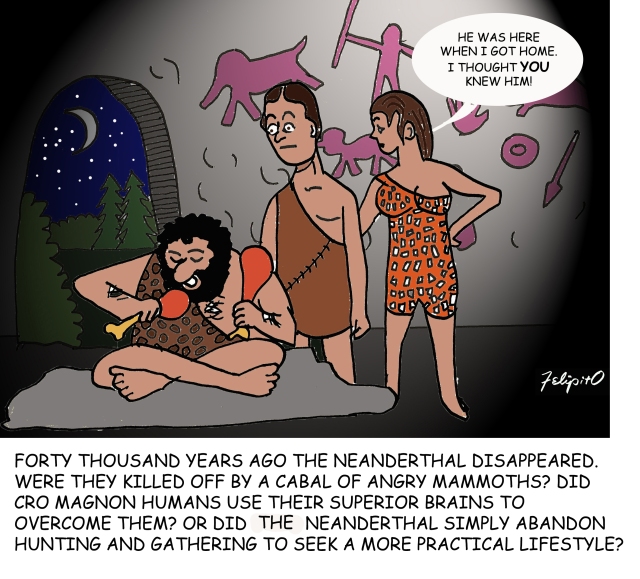