Odyssey of a Would-Be Cartoonist, Part 3

July 23, 2018 – I spent barely six months at McConnell AFB, Kansas, from February to August 1968. It was the briefest and, in some ways, the most educational period of my Air Force experience.

As a sergeant in the base chapel, one of my responsibilities was to greet airmen who had been newly assigned to the base and to make sure they were aware of all the base chapel had to offer them. The majority of the new assignees were returning from their year in Vietnam.

I had signed an agreement to enlist in the Air Force in July 1964, more than a month before the Gulf of Tonkin resolution that granted Lyndon Johnson authority to dramatically increase the number of troops in Vietnam. We didn’t know then that the resolution was based on a lie but one of its side-effects was that many people with my date of enlistment were sent to Europe and North Africa, and thousands who enlisted a month later were sent to Southeast Asia.

By 1968, many of the returning Air Force veterans had concluded that the Vietnam War was a hideous mistake and morally bankrupt as U.S. policy. The troops who came through McConnell AFB chapel, reeking of sweat and marijuana, couldn’t stop talking about it. It was largely because of their testimony that I became an anti-war veteran and when I was separated from the Air Force in August 1968 I knew I would seek ways in college to express my views.

After a year to get adjusted to the academic routine, I joined with other anti-war vets in my class and began submitting articles and cartoons to The Spotlight, the college newspaper. 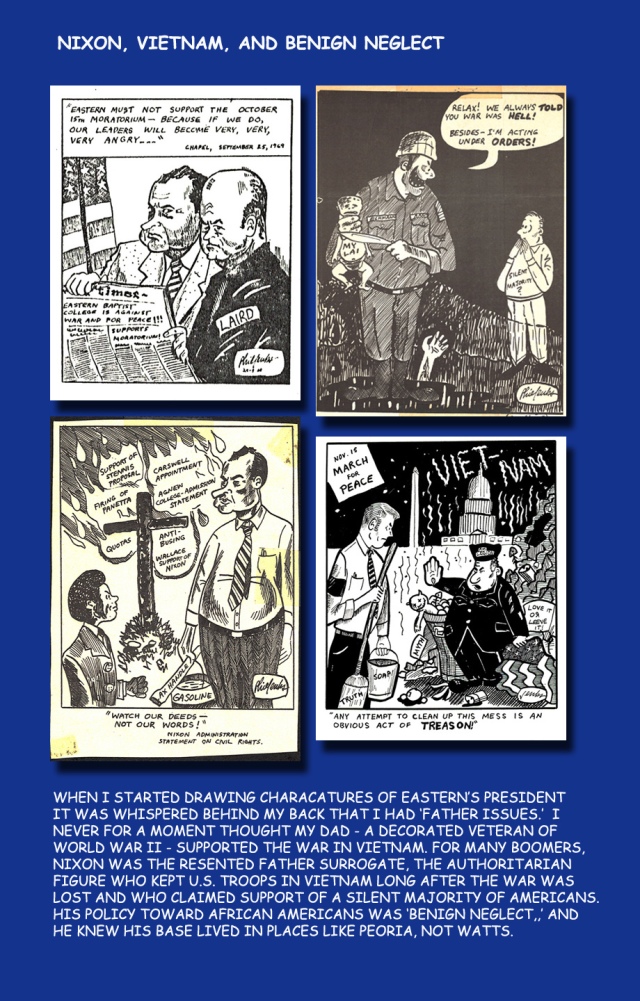 Actually, my first cartoons for the student newspaper were anything but hostile.

And there was certainly enough on a Christian college campus to distract and amuse. Certainly a sense of humor was useful in dealing with the restrictions of a conservative, moralistic culture, including twice-weekly mandatory chapel. 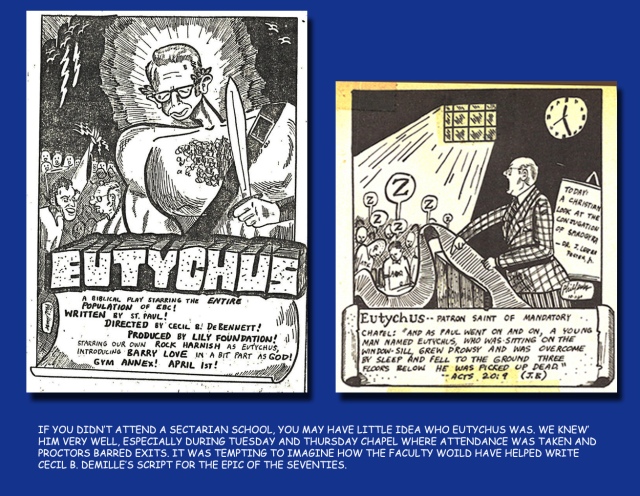