White Russians and Yeltsin in the Wings 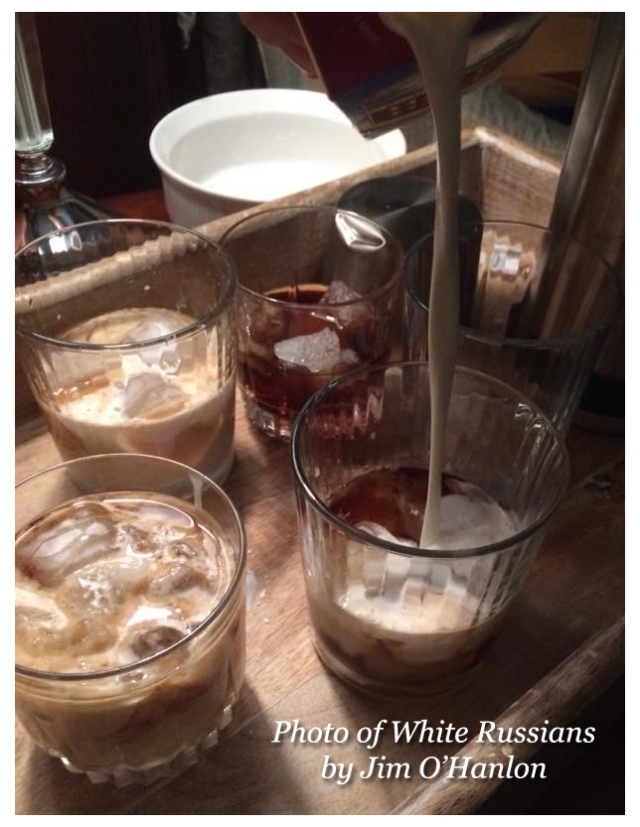 May 31, 2018 – A year ago this month, the safety of secret Soviet spies Elizabeth and Philip Jennings, posing as middle-class Americans in the U.S., was assured by none other than the World Council of Churches.

Elizabeth and Philip are fictional characters in The Americans, an FX series set in the Cold War 1980s that many critics think is one of the best programs on television. The World Council of Churches is real. Last year when the ersatz WCC intervened to protect the spurious spies from FBI detection, I wondered if series creator Joseph Weisberg knew how close he was getting to the truth.  I spelled it out in my blog, “The Americans and The World Council of Churches.”

Last night the Divine M and I sat with friends to savor Russian zharkoye and sip white Russians to witness the finale of the series. As millions watched, Elizabeth and Philip bluffed their way out of the clueless clutches of Beeman the G-man and returned after decades of bourgeois Americanization to the failing Soviet Union. James Poniewozik of the New York Times has the best summary of the finale.

Now that The Americans is no more, our search for television programming of similar quality begins. But until something else comes along, the show leaves much to ponder – including some obvious social and geopolitical issues of the eighties that the writers ignored.

Both Elizabeth and Philip used sex as a stratagem for obtaining secret information from feckless U.S. bureaucrats. They used it a lot. Philip, posing as a U.S. government agent, actually pretended to marry Martha, the secretary of a high ranking FBI agent, in order to access FBI secrets. This was a cruel deception that left Martha heartbroken and forced to live out her days in bleak Moscow. Elizabeth’s only criteria for jumping into bed with a man was that he would lower his guard of an important secret as fast as he lowered his zipper – a tactic that always seemed to work.

No doubt sex and semi-nudity contributed to the show’s popularity, but it was never handled realistically. The characters never knew they were living at the apex of the HIV/AIDS epidemic, and the writers may have regarded that reality as an unnecessary impediment to the story line. Even so, as the final season moved toward a conclusion, Elizabeth seemed so exhausted I thought she might have AIDS. That, I thought, might be an appropriate and just conclusion to the show. But when it ended last night, Elizabeth’s maladies were emotional, not physical. Both she and Philip were safe from the consequences of unprotected sex with many anonymous partners, which was a nagging reminder that they were fictional characters and not real people.

Elizabeth was also a cigarette addict – she “smoked like a chimney” in the words of one character – but this never affected her athletic prowess or her ability to trounce FBI agents or assailants when they threatened her. She never even developed a cough. I did note that Keri Russell, the actor portraying Elizabeth, never inhaled, which suggests at least one person associated with the story understood the dangers of smoking.

One of the great mysteries of the series is that Elizabeth and Philip maintained a stalwart loyalty to the Soviet Union while ignoring its obvious flaws. “The things you read about the Soviet Union (in American propaganda) are not true ” Elizabeth tells Paige, her daughter. But the actual truth is worse than anything the Voice of America could make up. Soviet citizens faced empty shelves in grocery stores because the distribution of produce is obstructed by graft at every level of society. Free speech was stifled and punishable by years in the Gulag. One character in the show, Ninotchka, was caught smuggling a message from a captive Soviet scientist to his child in the U.S. and was summarily executed with a bullet in the back of her head.

As the series neared its climax, Philip was beginning to doubt that the Soviet Union was worth killing for but Elizabeth remained firm in her resolve. It’s hard to see why. As an illegal in the U.S., she accepted a lifestyle she could not have attained in her homeland while complaining about American conspicuous consumption. Her criticism of U.S. culture was fair enough, but her blindness to the Soviet Union’s massive defects beggars belief.

The Dawn of Yeltsin

The most jarring reality ignored by the series was the impending fall of the Soviet Union. The final days of The Americans takes place in 1987, the close of the Reagan era when Soviet Premier Mikhail Gorbachev is introducing reform policies of glasnost (“openness”) and perestroika  (“restructuring”). Just four years later, on Christmas Day 1991, the rising expectations of the Gorbachev years will lead to the utter collapse of the Soviet Union. Boris Yeltsin will become the president of the Russian Federation and the Cold War is over.

Throughout this year, as the Divine M and I reserved our Wednesday nights for watching The Americans, we both enjoyed speculating how the series might conclude. Would Elizabeth and Philip have to shoot Beeman the G-man to escape his clutches? Would Beeman shoot them first? As it turns out, none of these drastic conclusions happened and Elizabeth and Philip escape to the Soviet Union to seek a new life.

My own hoped-for conclusion would have been less dramatic. I wanted to see Elizabeth and Philip stick it out in America for the next four years, undetected by the FBI, until the U.S.S.R. collapsed and the Cold War ended. Thus their lives as counterfeit Americans would continue in a new reality as Elizabeth becomes a sex therapist, Philip becomes an EST instructor, and both spend their leisure time handling out leaflets for the George H.W. Bush re-election campaign.

1 Response to White Russians and Yeltsin in the Wings