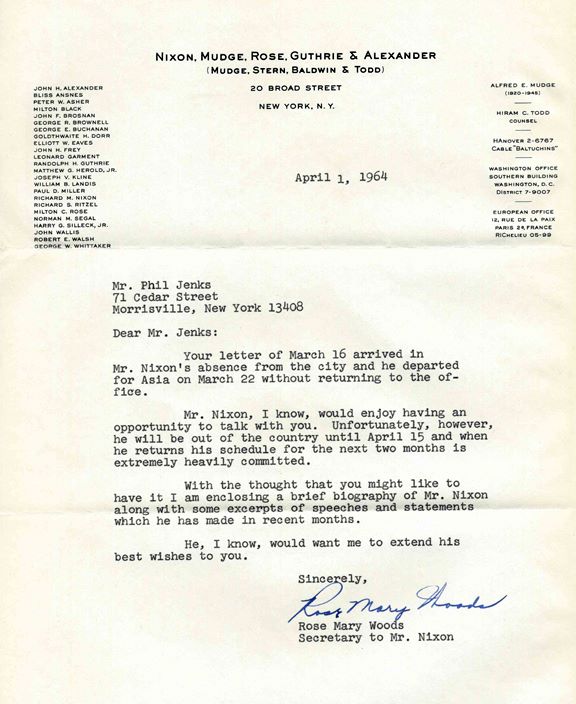 Why hoarding is good. I was leafing through some old books this afternoon and this half-century-old letter slid out. I was trying to get an interview with Ex-VP Richard Nixon for the high school newspaper and wasn’t surprised when his secretary sent regrets. But nearly 50 years later I noticed who wrote the letter — a woman destined to become a political celebrity in her own right. (Originally posted on FB June 20, 2013)