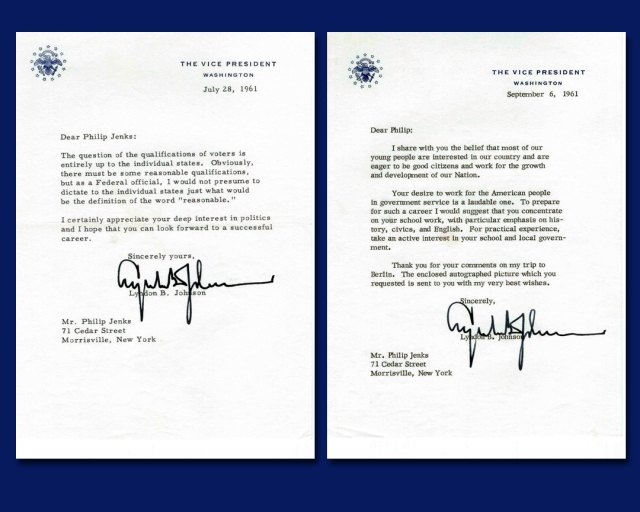 In Robert Caro’s multi-volume biography of LBJ, the rising senator, vice president, and president is frequently described as taking time to deal with his correspondence. I have no idea how many staff persons were assigned to helping him respond to letters, but I don’t recall that he ever failed to write back. I began to suspect the duties of JFK’s vice president were not burdensome, but it didn’t stop me from writing.